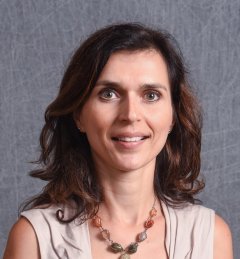 Lina Battestilli is an Associate Professor (teaching track) in Computer Science at North Carolina State University (NCSU). She has been in this role since 2012 and have taught ~3700 undergraduate students from 2012-2019. Prior to that she worked in industry for 7 years, most notably in IBM Research where she worked on next generation computer networking projects. She received both her PhD in Computer Science and MS in Networking from NCSU. I have a BS degree in Electrical Engineering from Kettering University. She teaches Intro to programming courses, Networking Electives and the undergraduate Capstone course. She is the faculty adviser for the NCSU ACM-W chapter student group. She has been on the organizing committee of SIGCSE from 2018-2020.