The communities in which we live and learn are largely the product of historical decisions related to race and ethnicity made by politicians, elected officials, and others with power and money. In Chicago, during the Great Migration, the Chicago Real Estate Board set up a committee that determined where Black residents could and could not live. In the 1930’s redlining and greenlining funneled money and resources away from areas identified as “bad investments,” which were communities that were non-white, and toward white communities deemed to be a “better investment.” In the 1970s, desegregation mandates resulted in new magnet and selective enrollment schools that were open to anyone but required young people to travel far from their homes to attend. Today, boundaries, such as Wards and neighborhood school districts, continue to be drawn and redrawn—sometimes with the best intentions—in ways that fracture communities. These imprints of the past continue to impact ways of being today that continue to create an inequitable present that is not authentic to the needs and desires of the communities in those places. Creating a more equitable landscape for learning science, technology, engineering, arts, mathematics, and sports (STEAMS) in the future requires making the past and present of places visible and giving agency to communities to change their landscapes in ways that serve their current and future needs.

Using lesson’s learned from over 20 years designing learning ecosystems in collaboration with cities, neighborhoods, affinity groups, civic learning institutions, and families, I will put forth the concept of opportunity landscaping as a hyperlocal ecosystem approach to supporting communities in visualizing and tuning their learning infrastructure to provide the learning places, spaces, resources, caring adults, and peers to nurture healthy STEM identities and lifestyles for youth and families living in historically disinvested communities. Given my background as a computer scientist, I will focus examples of efforts to develop computational making activities throughout the ecosystems discussed.

Dr. Pinkard is the Alice Hamilton Professor of Education and Social Policy and Faculty Director of the Office Community Education Partnerships at Northwestern University. She is the founder of Digital Youth Network and CitiesLearn, a social learning platform that connects youth’s learning opportunities across the school, home, community, and beyond. Through collaborations with city agencies (e.g. YOUmedia with the Chicago Public Library, City of Learning with Mayor Rahm Emmanuel, and My Chi, My Future with Mayor Lightfoot). Dr. Pinkard and DYN’s work has ignited new models for reimagining, visualizing, and documenting learning across spaces through the creation of existence proofs in urban contexts.

Dr. Pinkard is the recipient of a 2010 Common Sense Media Award for Outstanding Commitment to Creativity and Youth, the Jan Hawkins Award for Early Career Contributions to Humanistic Research and Scholarship in Learning Technologies, an NSF Early CAREER Fellowship. She holds a B.S. in Computer Science from Stanford University, an M.S. in Computer Science from Northwestern University, and a Ph.D. in Learning Sciences from Northwestern University.

Her current scholarly interests include the design and use of socio-technical systems to support communities in designing healthy and joyful learning opportunities that all families in integrating STEAM into their learning and leisure lifestyles. 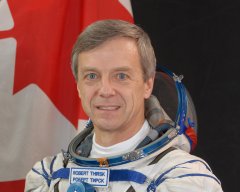 Education – The Currency-of-Trade for an Astronaut

Spaceflight is risky and the training needed by astronauts to prepare for flight is demanding. Technical skills – robotics, space walking, rendezvous and assembly - are acquired in the years prior to launch through rigorous and realistic simulator-based training.

Interestingly, many of the non-technical skills – self-management, teamwork, leadership – can be nurtured earlier in the life of an astronaut – even during grade school and university.

Robert Thirsk will reminisce about several beloved educators of his youth who influenced and guided him on his trajectory to space. He will recount pivotal moments in his post-secondary education. While Robert is not a pedagogical specialist, he will also share his perspectives on science education, cross-disciplinary collaboration and lessons that can be learned through failure.

Dr. Robert Thirsk received degrees in Mechanical Engineering, Medicine and Business Administration from the University of Calgary, MIT and McGill University. Bob has flown on two spaceflights: a mission aboard the shuttle Columbia and an expedition aboard the International Space Station. Bob continues to promote an economy based upon exploration, innovation and lifelong learning. 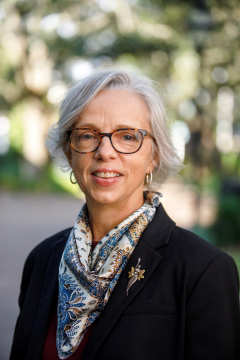 SIGCSE - A Culture of Service and Community

In this brief talk I will share many of the fabulous experiences that I’ve had as a long-time member of SIGCSE. I was blessed to be mentored by many of the best, and have gone on to try and mentor many others. I have continued to participate in SIGCSE and ACM service activities, because these organizations, through the people they attract, make these experiences very rewarding. I hope to share my love for SIGCSE, and its culture and community, in hopes to inspire others to pursue a similar path.

Renée McCauley is a professor and department chair of Computer Science at the College of Charleston, in South Carolina, USA. Her research focus is in computer science education, including curricula, and studying how novices learn to program. Collaborations have involved numerous computer science education researchers across the globe and have resulted in more than 70 publications. Her career has also included numerous service contributions to the international community of computer science educators, through her involvement with ACM and the SIGCSE organizations in particular, as well as to her own campus. She was recognized, in 2017, as an ACM Distinguished Member. All of her accomplishments and pursuits have been collaborative - at this time her collaborative research is focused on teaching and learning about professional dispositions. 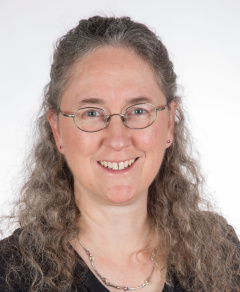 Teaching computer science has been one of the greatest joys of my life. There is no happier sound then hearing the exuberant shout from a student: “My program runs!!!”. In this talk, I describe my own journey learning and then later teaching computer science. I was trained to do research, earned a PhD, and was then thrown into a classroom of students. Whoa!!! With little training, I learned how to teach computer science, and over thirty years later I am continuing to try new practices and strategies. Along the way I realized how to make concepts come alive through visualization and interaction, built some tools, and baked some cookies. Underneath it all, I encountered my own struggles that I have conquered or learned to live with.

Susan H. Rodger is a Professor of the Practice in the Computer Science Department at Duke University. She works in the areas of visualization, tools for interacting with computer science concepts, data structures and algorithms, computer science education, and computing in K-12. Rodger has developed educational software and materials, co-authored two books, co-created online Coursera courses on HTML, CSS, JavaScript, Java and Alice, and published over fifty journal and conference publications. With over forty-five students, Rodger developed JFLAP, software that is used world-wide in experimenting and teaching formal languages and automata. She has organized over fifty workshops on tools for teaching CS, Alice programming, peer-led team learning, and mentoring.

Rodger was the chair of the AP Computer Science Development Committee, Chair of ACM SIGCSE, a member of the ACM Education Policy Committee, and is currently Co-Chair of CRA-WP. She received the IEEE Computer Society 2019 Taylor L. Booth Education Award, Duke University Trinity College 2019 David and Janet Vaughn Brooks Distinguished Teaching Award, the ACM 2013 Karl V. Karlstrom Outstanding Educator Award, and she was one of two finalist candidates (with seven students) for the 2007 NEEDS Premier Award for Excellence in Engineering Education Courseware for the software JFLAP. She received a BS in Computer Science and Mathematics from North Carolina State University, and an MS and PhD in Computer Science from Purdue University. Prior to Duke, she was an Assistant Professor at Rensselaer Polytechnic Institute.

This program is tentative and subject to change.